The Atlanta Braves (14-11) host the Philadelphia Phillies (9-12) at Suntrust Park. The Braves are coming off a 2 game series split against the Nationals and the Phillies have lost 3 straight including 2 to Toronto in a double-header on Thursday. The Phillies have Aaron Nola on the mound and the Braves have Max Fried starting game 1.

The Phillies have righty ace Aaron Nola starting this first game of the series. Nola is 2-1 with a 2.05 ERA and a 0.65 WHIP. Nola has pitched in 26.1 innings and has given up 13 hits, 6 runs, 3 home runs, 4 walks, and 37 strikeouts.  The Phillies have a career batting average of .250 against Fried with Kingery, Realmuto, and Harper all hitting over .300 which will make this a tough game for Fried. 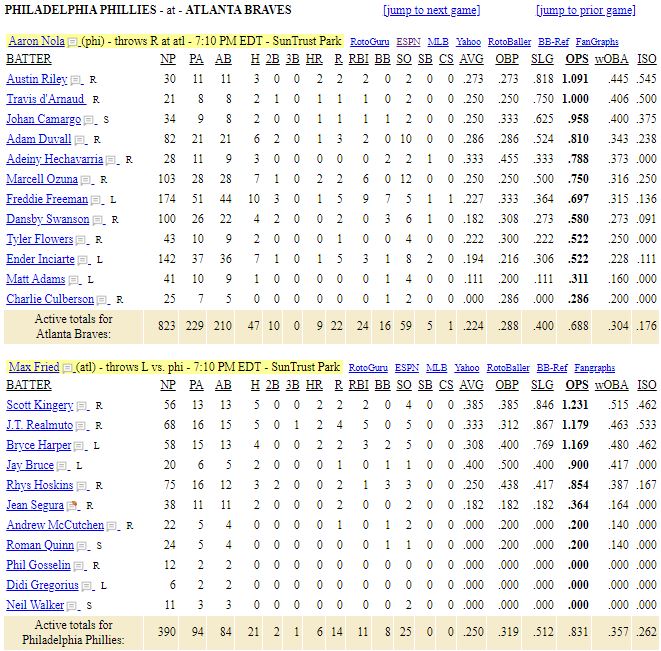 Starting Lineups not released yet. 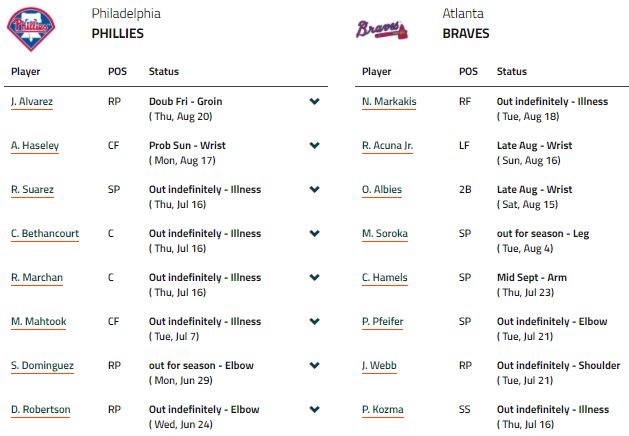 The Phillies have lost 3 games in a row which will provide the motivation to show up to win. The Braves are still struggling without Albies, Acuna Jr, and Markakis. When Bryce Harper and Realmuto are hitting, the Phillies are usually winning. With Harper and Realmuto combined with 4 home runs against Friend, we can expect him to get dinged up a few times. Both of the bullpens are not very good but the better starting pitcher is without a doubt Aaron Nola. The Bookie is rolling with the Phillies, the public is pounding the Braves, and the Sharps are all over the Phillies.