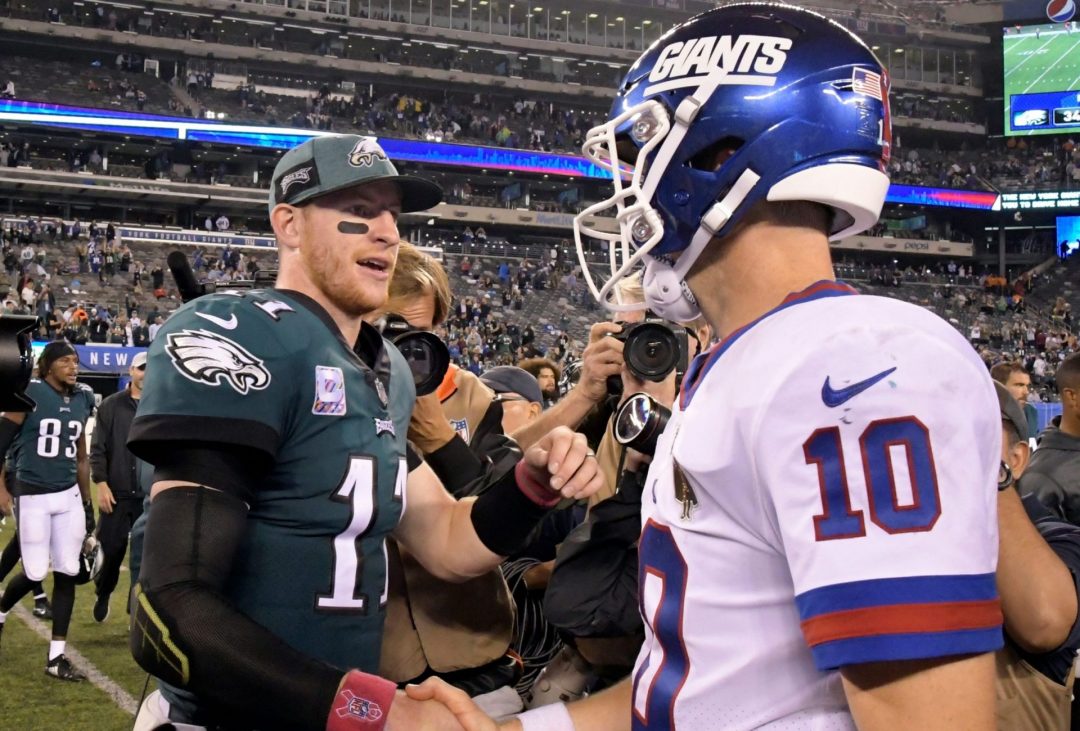 The Philadelphia Eagles (5-7) are hosting the New York Giants (2-10) for Monday Night Football. A victory would put Philadelphia in a first-place tie with Dallas (6-7). Eli Manning will return to the starting spot for the Giants, filling in for Daniel Jones, who has a high ankle sprain.  Manning is 10-22 against the Eagles, including a pair of playoff losses. Coming off the bench is a new experience, one that Manning welcomes after sitting this long and watching the Giants lose eight straight games. The Eagles have lost three in a row, including a stunning 37-31 upset at Miami last week.

Carson Wentz will need to have a big night against New York. He’s thrown for 2840 yards with 20 touchdowns and seven interceptions. Wentz has rushed for an additional 188 yards and a touchdown with 30 sacks. The Giants have recorded just 26 sacks, and Philadelphia will be aware of this.  The Eagles have recorded 34 sacks.

This is a must-win for the Eagles and I also think Manning will have something to prove in this one.  The Giants are one of those teams that showed some flashes of potential on the year but have not shown that potential on the field. This should be a high scoring game as neither defense is very good as well as the secondaries for either side. Wentz and the Eagles will be looking to pound the Giants after their humiliating loss to the Dolphins to cover this spread and the over in the total if the Giants put up a couple of Touch Downs.