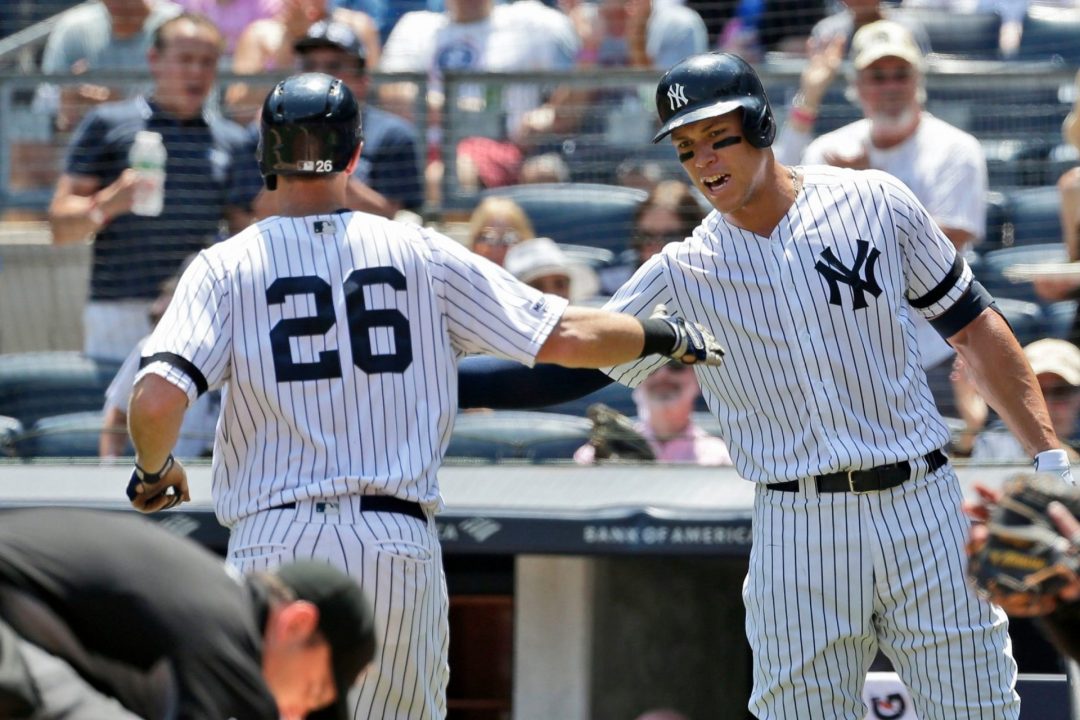 The New York Yankees (1-0) have their 2nd game of the season at Nationals Park against the Washington Nationals (0-1). The Yankees have lefty James Paxton taking the mound while righty Stephen Strasburg will take the bump for the Nationals. These teams met on Thursday for the 2020 MLB opener, when the Yankees took a 4-1 lead and had runners on the corners as Scherzer was approaching 100 pitches with only 1 out.  The game was delayed in the top of the 6th due to rain and later it was called final because it was past the 5th inning.

There is rain in the forecast but it is supposed to stop by game time according to multiple weather sources.

James Paxton gets the start today for the Yankees. Paxton had a 3.82 ERA last season with 15 wins and 6 losses. Paxton gets a lot of run support from the Yankees bats but overall he’s a decent pitcher but has little experience against this Washington lineup. Paxton has faced Howie Kendrick 17 times and given up 5 hits for a batting average of .294. Offensively, the Yankees bats continue to hit and should be in the same situation today. Giancarlo Stanton leads the way for the Yankees and he has faced Strasburg 48 times with 15 hits, 3 home runs, and a .312 AVG.

Stephen Strasburg gets the nod for the Nationals for their 2nd game of the season. Strasburg held a 3.32 ERA last season recording 18 wins and 6 losses. Strasburg is arguably a better pitcher than Scherzer, with less experience.  Juan Soto, the Nationals leading offensive producer is still absent from his positive covid test on Thursday.  Without Soto the Nationals will struggle.. 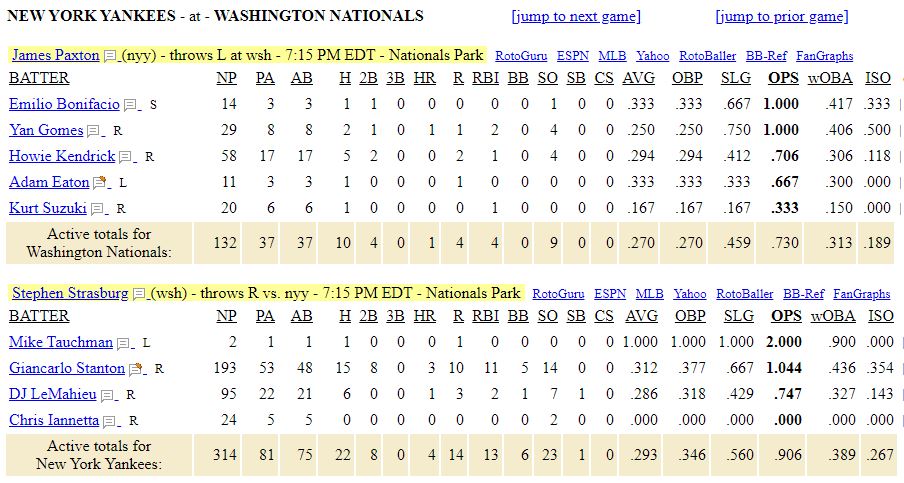 The starting lineups are unavailable at this time but you will want to check them 2-4 hours before game time before placing final wagers to ensure the right players are playing. 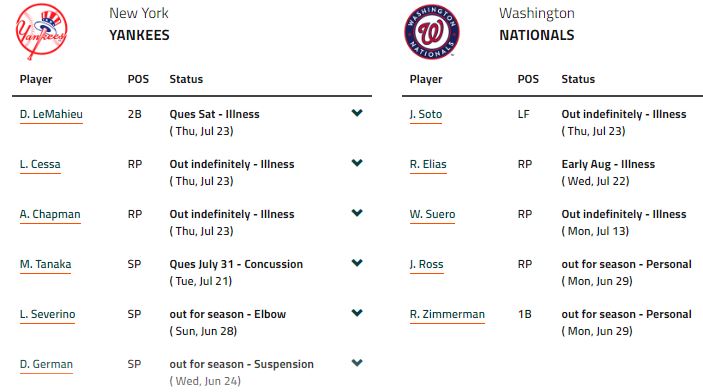 The Yankees are expected to win the World Series this year according to many experts however they have to stay healthy. Health was their weakness last season and right now this is a mostly healthy Yankees squad.  The Nationals will need a perfectly pitched game from Strasburg to contain the Yankees bats.  It is possible but unlikely.

The Bookie is rolling with the Yankees again. Baseball is a sport that is very streaky. Teams that are winning tend to keep winning and teams that are losing tend to keep losing. Players that are hitting tend to keep hitting and vice versa.  In many other sports most people think the opposite which is often true, but not in baseball. The public is split on this game with money coming in on both sides almost equally. The sharps are leaning towards Nationals on this one since it is another home dog situation. The Bookie is taking the Yankees moneyline and an alternate -1 line for this one.