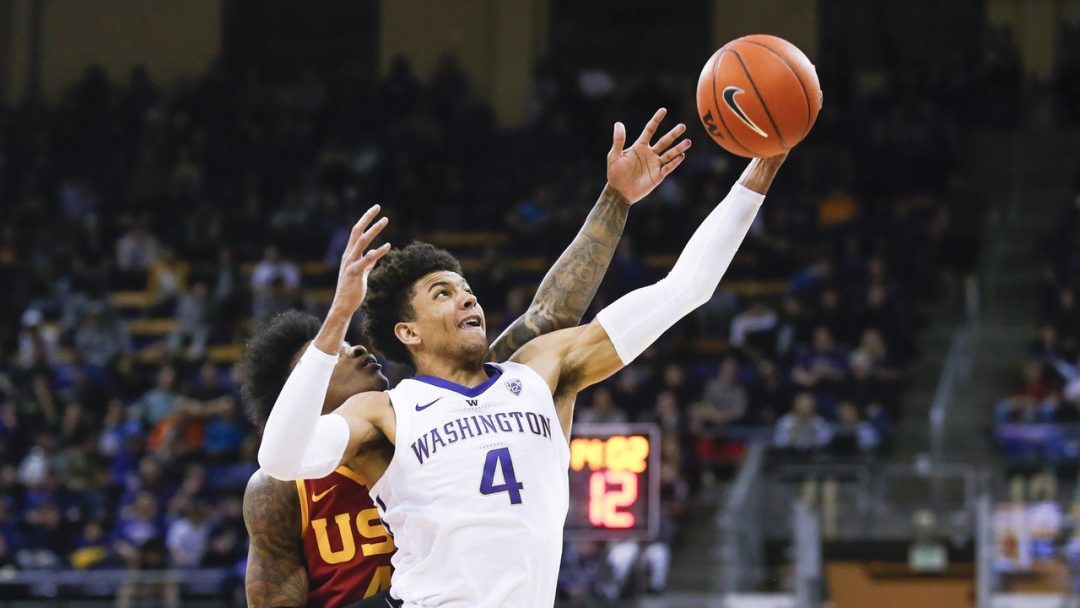 The USC Trojans (12-2, 1-0) are set to play a road Pac12 Conference matchup against the Washington Huskies (10-4, 0-1) at the Alaska Airlines Arena in Seattle on Sunday at 10 p.m. EST. Both teams last saw action on Thursday with USC knocking off Washington State by 9 on the road, while Washington is coming off of a tough 66-64 home loss to UCLA. These teams played twice last year with Washington winning both games by a score of 78-75 in the conference tournament and 75-62 on their home court. Washington will be looking to duplicate the results of last seasons’ game but USC is a better team this season that will present a challenge.

You can expect this to be a fast-paced high scoring game, especially since USC has won its last three road games, scoring an average of 73 points however they have not faced any competition other than LSU. Washington will be hungry for a win after losing 2 straight to very tough teams in UCLA and Houston.  Look for this to be a close game until the end with the Huskies pulling away to get a win and avoid a 3 game losing streak.