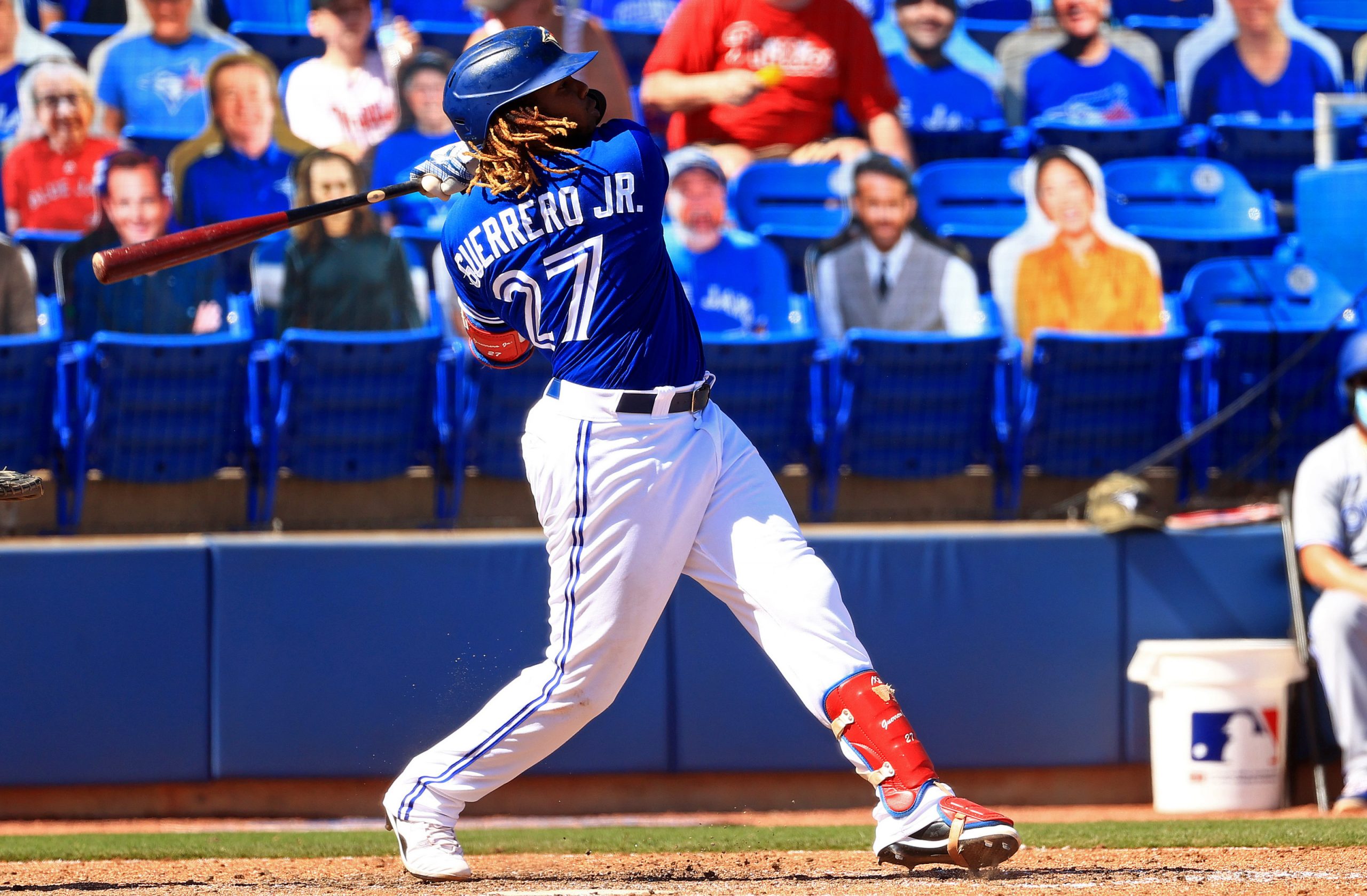 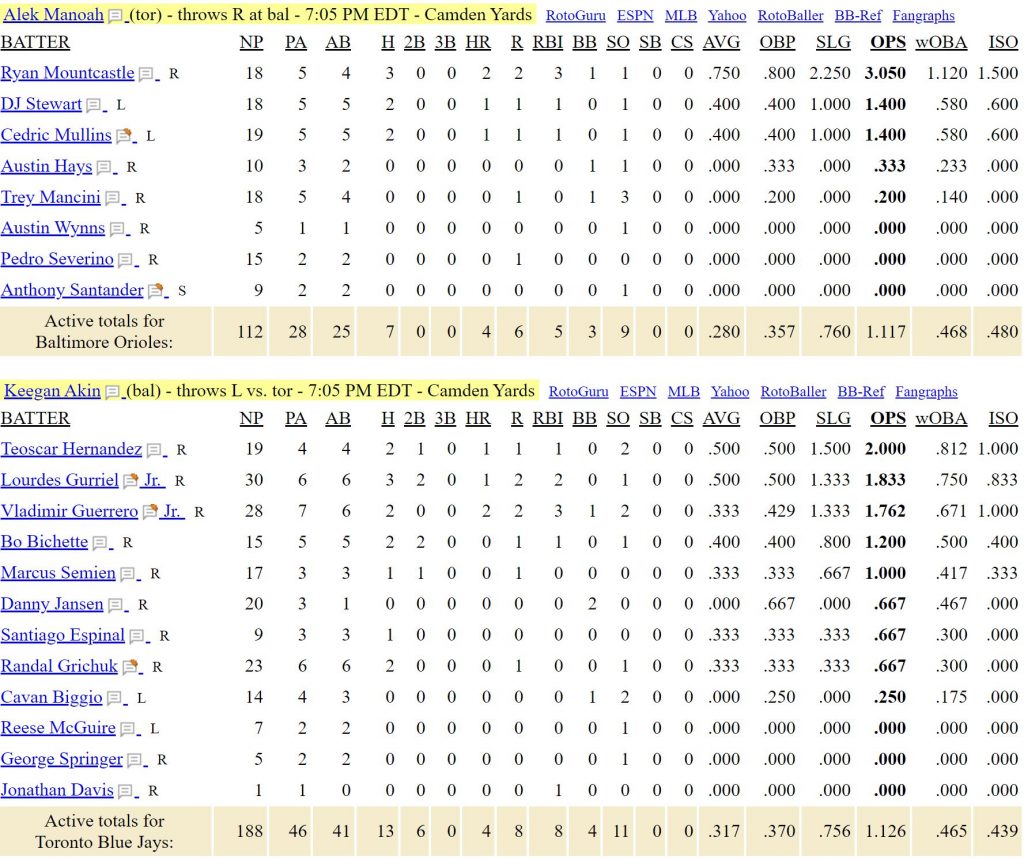 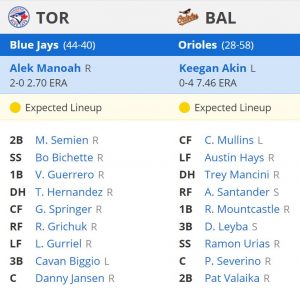 The Toronto Blue Jays have one of the best offensive lineups in MLB and that is something they’ve shown the Baltimore Orioles a few times this season. Toronto’s Alek Manoah is still looking for a bit of revenge in this game as well. He has allowed only 11 earned runs this season, and five of them came at Baltimore on June 19. He bounced back in his very next start, also against the Orioles, allowing just 1 unearned run over six innings. Alek Manoah is pitching to a 3.10 ERA on the road this season while Keegan Akin has a 5.87 ERA at home. Baltimore is 13-26 in Camden Yards this season. The Blue Jays will have plenty of confidence going against a team as cold as Baltimore, and with Manoah on the mound for the Blue Jays and his dominant run of late, he’ll have plenty of confidence in his ability to get a win today. The Moneyline juice is too high so the runline is the way to go in this one.