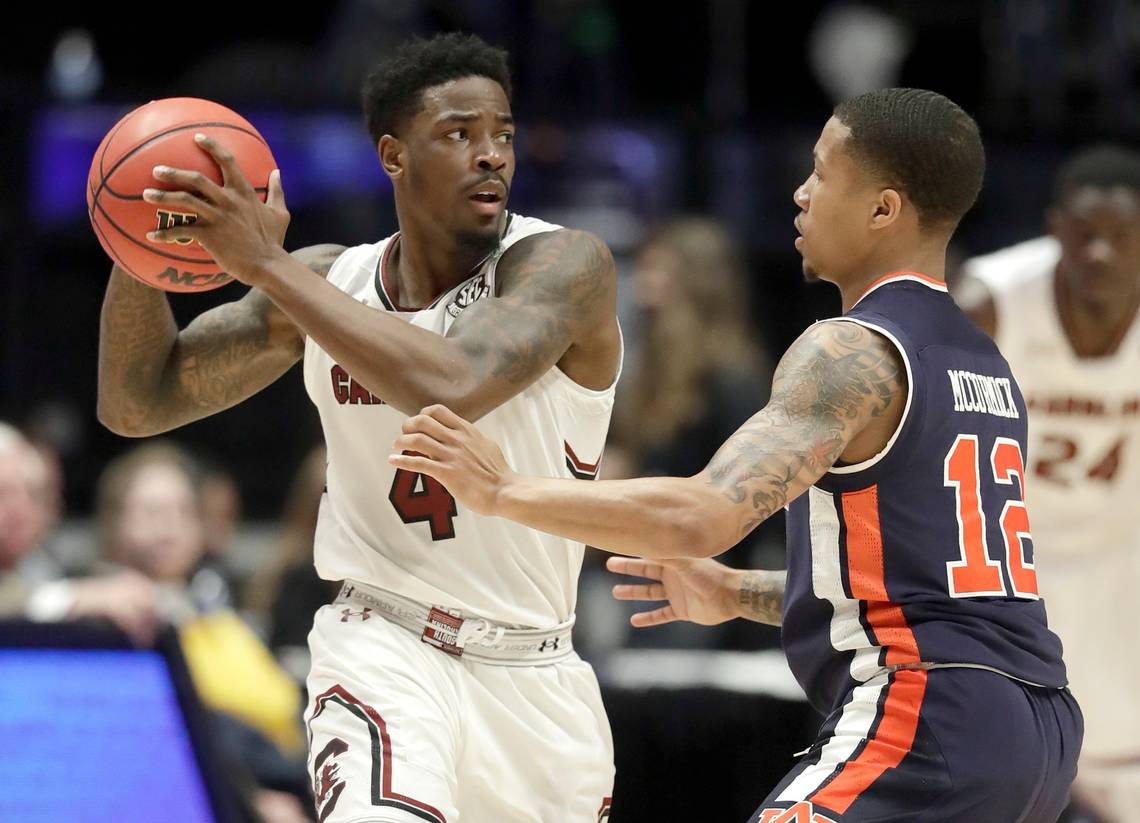 The South Carolina Gamecocks (10-7) have a tough SEC Conference road game against the #16 Auburn Tigers (15-2). In their last game out, Auburn lost their 2nd-straight game at Florida by a score of 47-69 while South Carolina had another big road upset win against Texas A&M by a score of 81-67. These teams met twice last season with scores of 80-77 with South Carolina winning on their home court and Auburn winning 64-73 on a Neutral court.

The South Carolina Gamecocks are averaging 69 points on 42% field goal shooting and adding 10.6 offensive rebounds per game. The Gamecocks allow only 66 points on 38% field goal shooting while forcing 15.5 turnovers and adding 5.9 steals and 3.8 blocks per game. South Carolina is led by A.J. Lawson with 13.8 points 3.1 rebounds 2.1 assists and 1.2 steals per game. Keyshawn Bryant is listed as questionable for this game and he averages 8.3 points and 2.7 rebounds per game. This will be a bigger blow to the Gamecocks than it appears on paper because their bench is not very deep.

This line opened at -10.5 and is moving to -11 in some places while the public is backing the Gamecocks.  The Gamecocks have been playing very well this season and the public is aware they have a good team that can beat anyone on a good day, which is why they are putting their money on getting 10+ points.  That seems like a no-brainer but if this line trends in this direction Auburn will be the no-brainer play, especially with them coming off back to back losses and dropping 12 spots in the top 25 ranks you can count on Bruce Pearl having his boys ready to roll today to put up a lot of points to cover both the spread and the total in a high scoring game to get the Auburn offense back on track on their home floor.