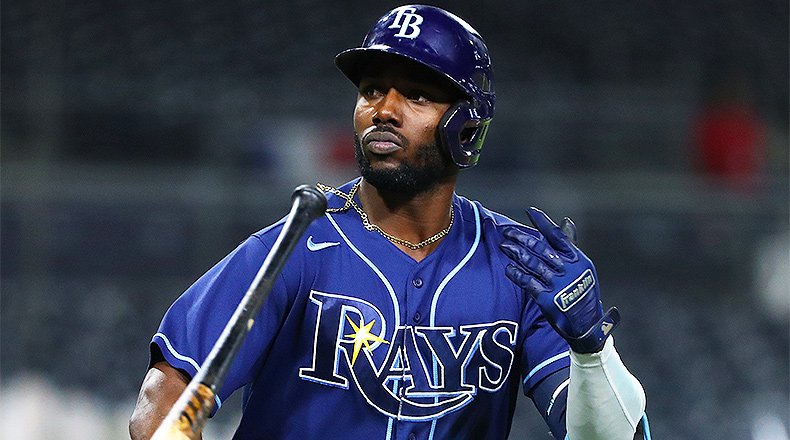 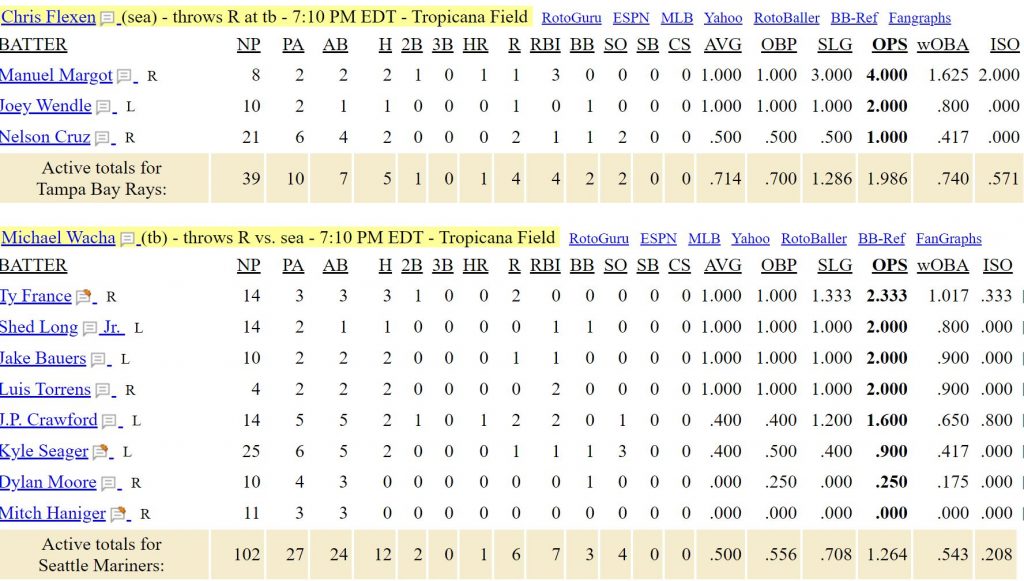 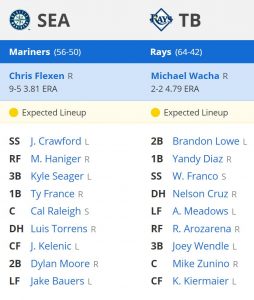 Tampa Bay has some momentum after winning Sunday’s game against the Red Sox and moved back into the top spot in the AL East race. The addition of Nelson Cruz has helped the Rays’ offense as his power has improved the production from the DH spot in the lineup. Seattle’s Flexen, despite his 9 wins, has an ERA above 5 on the road this season and has struggled in his last two starts allowing a combined nine runs on 15 hits in 9 ⅓ innings. Wacha has only 2 wins on the year though he has been pitching better of late. Tampa Bay has won three of starting pitcher Michael Wacha’s last four starts and over that stretch, the right-hander has allowed 9 runs on 18 hits across 20 innings, but in two of those four outings Wacha gave up just one run. Seattle is ranked last in hits per game, which does not bode well for them as they prepare to play in a stadium that favors pitching. The Rays are 33-20 at home this season. Tampa Bay has won 16 of its last 22 and the Rays play their best when playing against strong opponents, winning 12 with the last 15 against a team with a winning record. Take the Rays to get the job done.