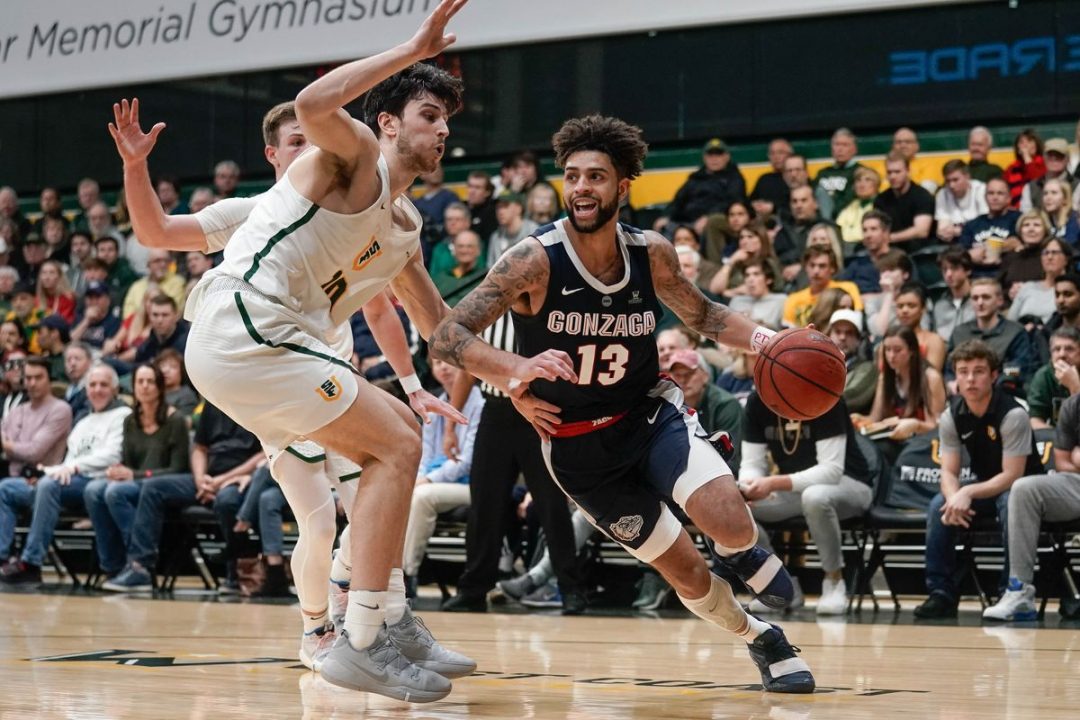 The San Francisco Dons are averaging 74 points on 44% field goal shooting adding 8.9 threes, 9.5 offensive rebounds while committing 12.3 turnovers per game on the offensive end. San Francisco is allowing 68 points on 44% field goal shooting while forcing 13.2 turnovers and adding 6.1 steals and 2.9 blocks per game on the defensive end.  The Dons are led by Charles Minlend who’s averaging 14.3 points and three assists per game.

Gonzaga is ranked 1st among all Division I teams with an average of 87 points per game. The Bulldogs are not the best defensive team and San Francisco can put up over 70 points per game as well. This total should have no problem going over the number with these high scoring teams with 1 that has to win or go home for the season. Look for top efforts from both teams especially the Bulldogs who have their best chance to win the national title in a long time as the field is wide open this year.  Gonzaga took the Dons lightly in their first meeting and almost lost then blew them out on their home court. Mark Few is a good coach that will take it one game at a time. Look for Gonzaga to get their March off to a good start with a blowout win over the Dons.

Bet This Game at WagerWeb