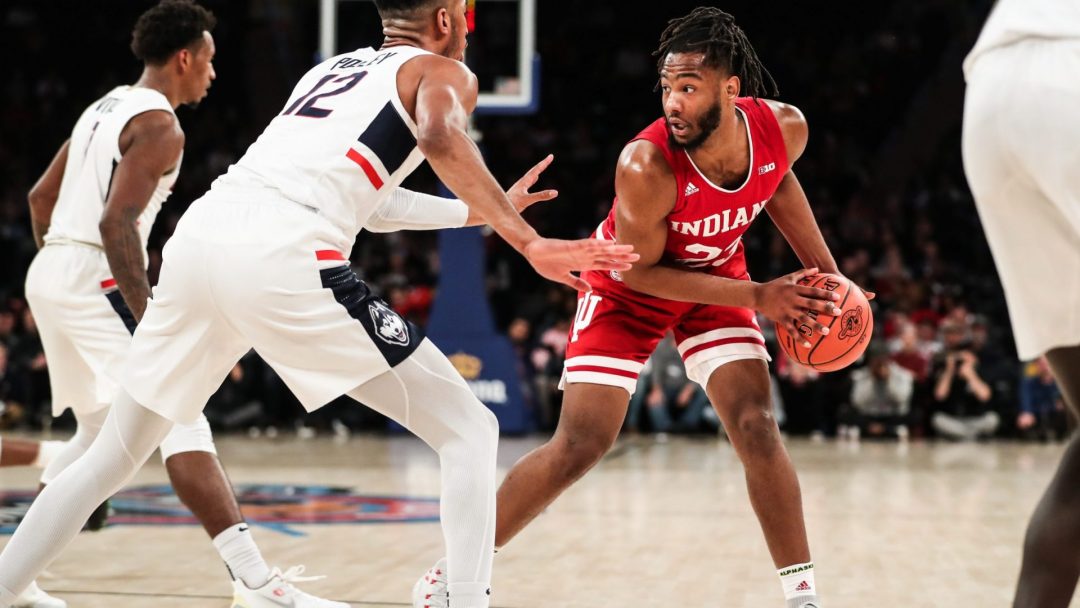 The (4-5) Nebraska Cornhuskers travel Assembly Hall to take on the (9-1) Indiana Hoosiers as both teams are seeking their first Big Ten win of the season. Nebraska lost their last game by a score of 95-76 game at Creighton on Saturday while Indiana is coming off a tough 57-54 win in New York at the Madison Square Garden over UConn on Tuesday. These teams met last year in Indiana and Nebraska won by a score of 66-51.

The Nebraska Cornhuskers are averaging 73 points per game while shooting 43% from the field and 32% from three, averaging 7 three-pointers per game.  The Cornhuskers are allowing 77 points per game and 42% shooting from the field. Nebraska is averaging 12 turnovers per game on offense however they are forcing 5 steals 3 blocks and 15 turnovers while on defense.  The Cornhuskers’ Cam Mack has averaged 12 points, 4 rebounds, and 5 assists while Haanif Cheatham has added 12 points and 5 rebounds.

The Hoosiers are coming off two tough games after facing a blowout loss Wisconsin and barely beating UConn so they will probably not be as prepared for this game as they should be. Nebraska is terrible this year but Hoiberg should have Nebraska ready for this match up to cover the spread and avoid a blowout loss.