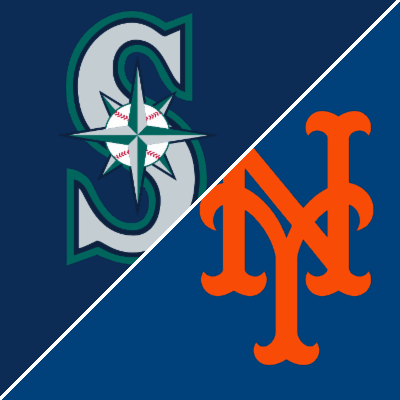 The Brewers are looking to win consecutive games for the first time this month when they face the Mets in the finale of a three-game series. The Brewers are scheduled to start left-hander Aaron Ashby (1-5, 3.91 ERA) and he will face the Mets right-hander Tylor Megill (4-2, 4.50 ERA). Ashby took a loss in his last outing, giving up 6 runs on 13 hits over 4 2/3 innings as the Brewers lost 11-5 to the Nationals. He faced the the Mets once in his career in relief last season. The Mets’ Megill returned after a month-long stint on the IL last week but didn’t get a decision after giving up 2 runs over 3 1/3 innings in the Mets’ 7-3 win over the Angels. Megill is 0-1 with a 5.00 ERA in 2 career starts against the Brewers.

⚾The Brewers are 1-7 in their last 8 games vs. a right-handed starter.

⚾The Mets are 5-0 in Magill’s last 5 starts after allowing 5 runs or more in their previous game.

The Angles and the Mariners open a 5-game series that starts Thursday night in Seattle. The Mariners managed just 5 hits in a 5-0 loss to the visiting Twins yesterday afternoon, making it the second time they were blanked in the last 4 games and the Angels were nearly no-hit by the Los Angeles Dodgers’ Tyler Anderson in a 4-1 loss. The Angels have lost 3 straight games scoring only 2 runs in those games. For teams that showed promise early in the season, the Angels and Mariners are in danger of falling out of the playoff race by the All-Star break. The Angels are scheduled to start Ohtani (4-4, 3.64 ERA) and he will face rookie right-hander George Kirby (1-1, 3.65). This will be Kirby’s first appearance against the Angels. Ohtani is 2-0 with a 2.37 ERA in 3 career starts against the Mariners.

⚾Anthony Rendon is listed as day-to-day and expected to miss this game.