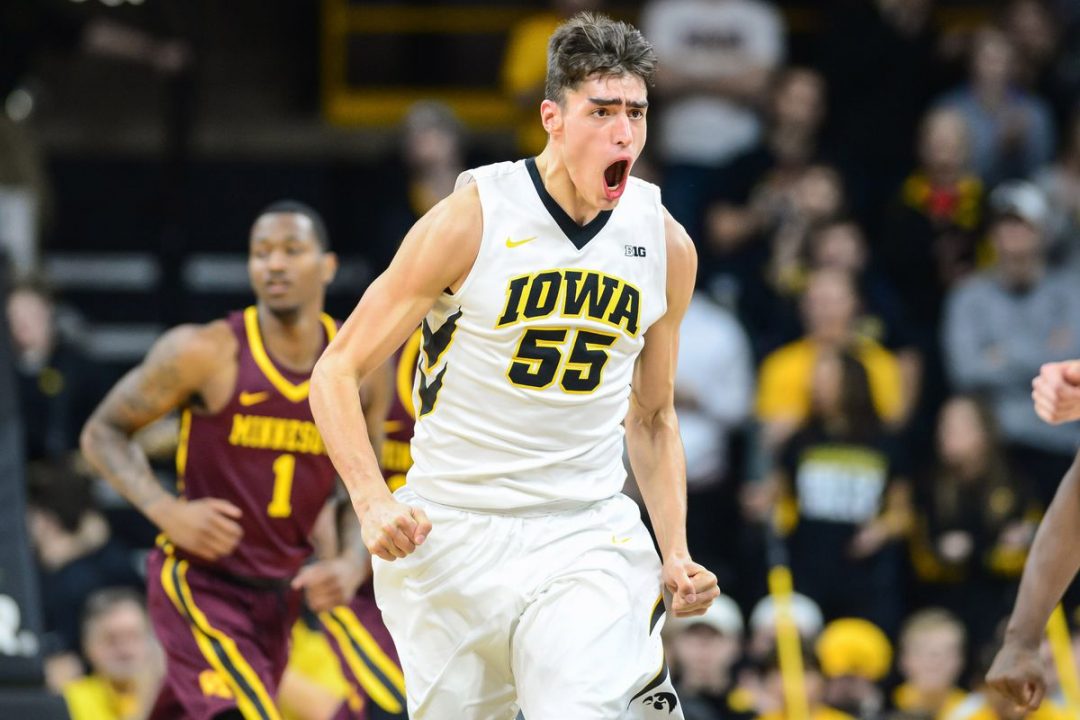 The (4-4) Minnesota Golden Gophers face the (6-3) Iowa Hawkeyes as both teams look for its first Big Ten win of the season. Minnesota won 78-60 at home against Clemson on Monday while the Hawkeyes lost 103-91 on the road against Michigan on Friday. Last season, they split home conference games while Minnesota beat Iowa by a score of 92-87 in the Big Ten Tournament in 2018.

Minnesota’s Daniel Oturu, Payton Willis and Alihan Demir have accounted for 51% of the team’s scoring this season while Marcus Carr has been responsible for 42% of all Minnesota field goals over the last five games.

Iowa has won its last 3 home games while averaging 85 points and allowing only 67. These Hawkeyes have committed a turnover on only 16% of its possessions this season.  This tops the Big Ten.

Minnesota had a much better team last year while Iowa still has nearly the same team. Iowa will be looking to play hard after their last loss and to beat Minnesota after losing to them in the Big Ten tournament last year. Look for this to be a high-scoring game with Iowa having the best chance to cover the spread with free throws towards the end of the game. The Hawkeyes are shooting 73% from the free-throw stripe while Minnesota shoots only 62%.  However, there is some early Reverse Line Movement because sharp money is being put on Minnesota.  Keep an eye on the late line movements as this early movement is expected with Minnesota getting so many points on the road but Iowa is the better team here.