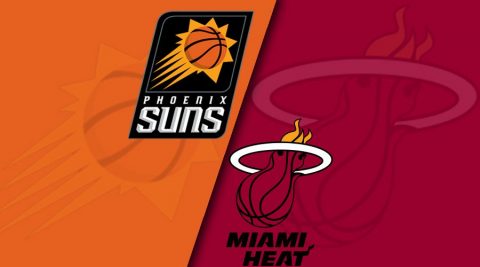 A battle between a pair of 5-2 teams tonight at the Talking Stick Resort Arena, when the Miami Heat head to Phoenix. Phoenix has been doing it without big man DeAndre Ayton, who is suspended 25 games. The Suns have been finding ways to win, and they are also 7-0 ATS. Their two losses are a 1-point loss at Denver and a 1-point loss to Utah at home. Heat are off to a strong start, but lost 109-89 at Denver on Tuesday and have an important game tomorrow night against the Lakers.

The Heat will give the Suns a look at one of the best defensive teams in the league. The Heat rank fourth in defensive efficiency, and they are allowing an average of 106.6 points per game. The Sun’s defensive efficiency ranking is just behind the Heat in fifth place. The team is shooting at 47.1 percent from the floor and 37.7 percent from 3-pointer. Miami’s is going to have some serious issues shutting down the shooters.

As great as the Heat has been on defense, the results have varied on the road. Their efficiency rating drops from fourth-best to No. 14 in the league. That might not work out very well against a red-hot Suns offense.