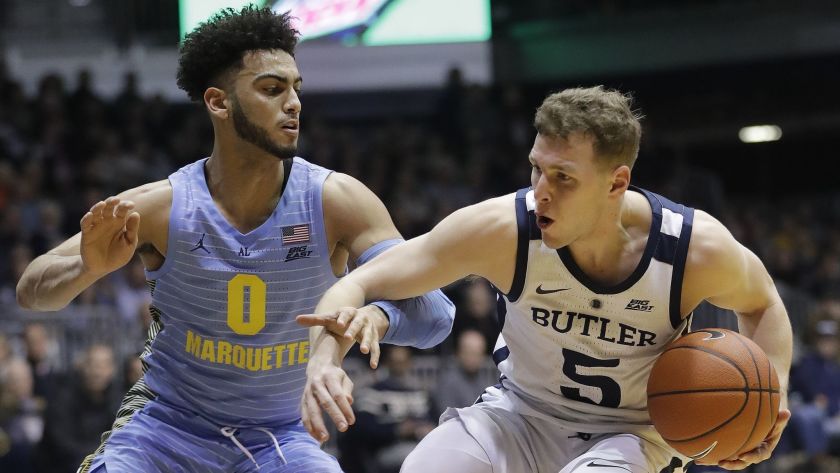 The Marquette Golden Eagles (14-5, 4-3) have a tough BIG EAST Conference road game against the #13 Butler Bulldogs (15-4, 3-3) at Hinkle Fieldhouse in Indianapolis on Friday at 9 p.m. EST. Butler lost its 3rd straight game by a score of 76-61 at Villanova while Marquette has won 3 straight games, the last was against St. Johns by a score of 82-68.  Last season these teams faced each other twice with Marquette winning both by scores of 58-76 at Butler and 79-69 at Marquette.

The Bulldogs have been struggling lately losing their last 3 games, forward Christian David is out with a knee injury, and they will probably not be ranked on Monday adds to their list of problems. The Bulldogs know they have to perform tonight which will put a lot of pressure on Butler. Markus Howard has been on a tear lately and Marquette is playing really good basketball right now and with Butler on the opposite end of the spectrum, this line on this game does not make a lot of sense as Marquette beat Butler twice last season with both teams having most of the same personnel.  This line opened at -5 and is up to -6 and possibly going to continue in that direction. Butler has to show up and play good defense tonight. If the Bulldogs can keep Howard under 30 points they should have no problem covering the spread in a low scoring game.

Bet This Game at SportsBetting.ag