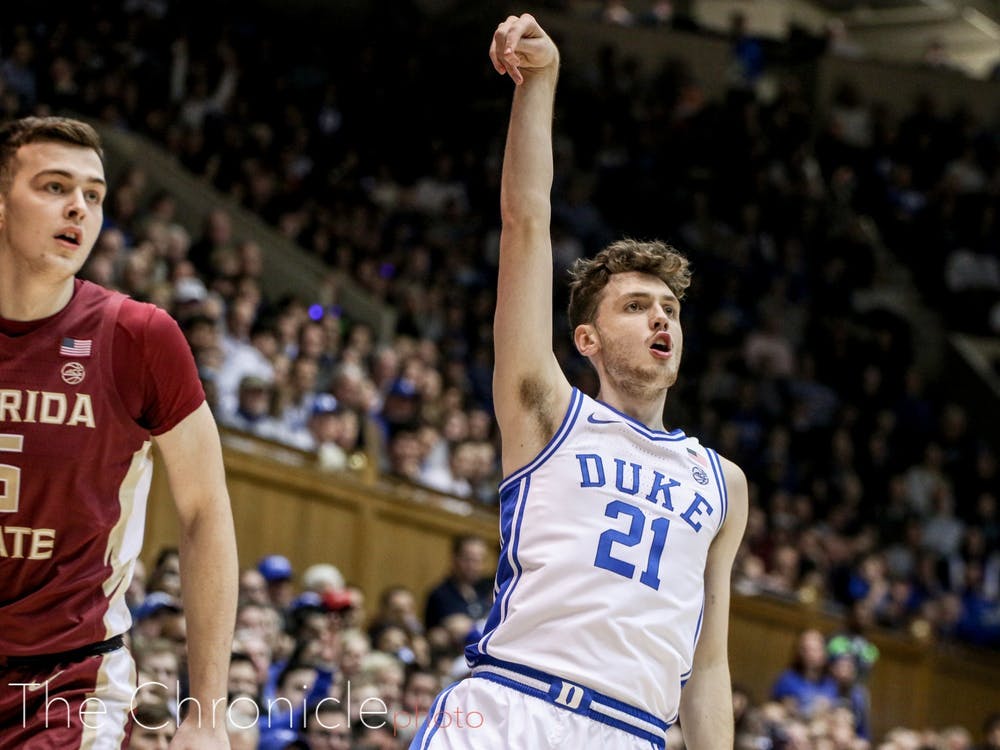 The Louisville Cardinals (12-5, 7-4) have an ACC road game against the Duke Blue Devils (11-8, 9-6) at Cameron Indoor Stadium in Durham, North Carolina on Saturday at 6 p.m. EST. In its previous game,  Louisville won 69-57 over Notre Dame on Tuesday and Duke beat Syracuse on Monday by a score of 85-71. These teams met back on Jan. 23rd when Louisville pulled out the win in the final minute of the game to win 70-65.

The Louisville Cardinals, on the road,  are averaging 63 points on 40% field goal shooting while shooting only 26% from three-point land. Louisville is allowing 71 points per game on 45% field-goal shooting while forcing 11.4 turnovers along with 6.7 steals and 3.1 blocks per game on defense. The Cardinals are led by Carlik Jones who is averaging 17.2 points, 5.2 rebounds, 4.5 assists, and 1.5 steals per game.

The Blue Devils are almost in a position to make the NCAA tournament and cannot afford any more bad losses, especially at home. Louisville has had an inconsistent season which makes them slightly unpredictable however Duke is the better and more talented team that is playing better basketball right now. Duke has averaged 78.6 points per game over its last five games while giving up only 68.4 points per game over that stretch. The Blue Devils are 8-0 when they hold opposing teams to 68 points or fewer and 3-8 when opponents exceed 68 points. Louisville has lost its last three road games, scoring 58.7 points, while allowing 77 per game. The Cardinals have played terribly in its last 3 games on the road losing all three games to UNC, Clemson, and Miami. The Bookie is taking the Duke Blue Devils to cover the spread.