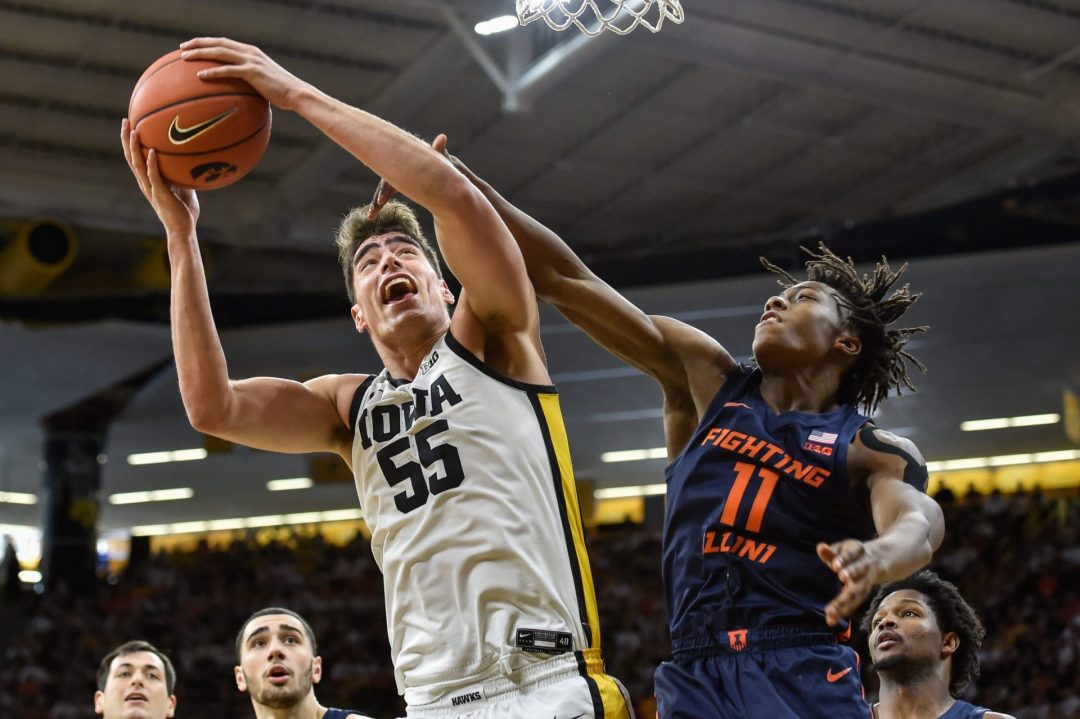 The #11 Iowa Hawkeyes (15-6, 9-5) have a Big 10 road game against the #21 Wisconsin Badgers (15-7, 9-6) at the Kohl Center in Madison, Wisconsin on Thursday at 7 p.m. EST. The Hawkeyes pounded Michigan State 88-58 in its last game while the Badgers lost to Michigan 59-67 on Sunday. These teams met once last season in Iowa when the Hawkeyes won by a score of 68-62. Iowa will be looking to give Wisconsin it’s 5th straight loss to ranked opponents.

The Wisconsin Badgers have been playing terribly lately, losing 5 of the last 10 games and 2 of the last 3. Iowa was also in a bad stretch but in the last few games have played well especially in the beatdown against Michigan State. The Hawkeyes have a fully loaded lineup that can score and the Badgers offense has been struggling averaging only 60 points per game over the last 3. This line opened with Iowa -1.5 but over the early morning hours it moved to Wisconsin -2 however the public is on Iowa and the spread the Sharps have been pounding the Wisconsin Moneyline causing reverse line movement. This game also could be a trap to get the public to move on the Badgers but The Bookie is not buying it.

The Badgers will have a tough time on defense because the Iowa offense has recorded a turnover on only 13.2% of its possessions, which is the best rate in the nation. The Wisconsin defense has forced opposing teams to turn the ball over on just 17.8% of all possessions (ranked 271st among Division I teams). The Hawkeyes are the better team that has been playing much better basketball and Iowa should win this game. Wisconsin would need to play its best game of the season offensively and defensively while the Hawkeyes play one of its worst if they have any chance at all to get a win here. The Bookie is going with the better team to cover the spread and win the game with the Iowa Hawkeyes.