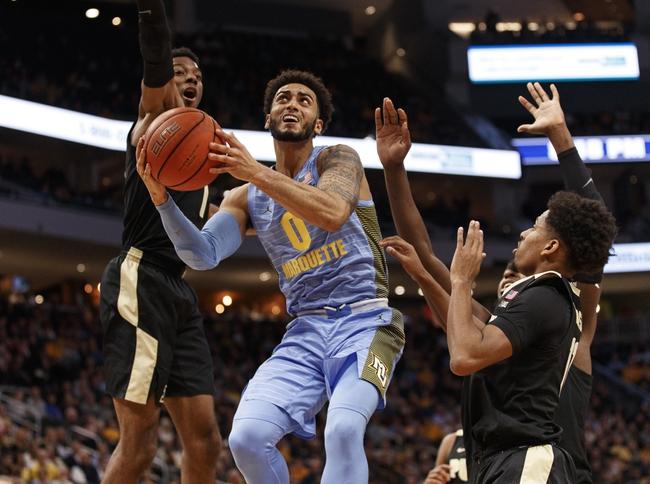 Davidson and Marquette are set to square off in a highly anticipated game at HP Field House in Kissimmee, Florida. Marquette beat Robert Morris by four points on Saturday, while Davidson came up short in an 82-70 game to Wake Forest on Friday.

This game could be a close one throughout but Marquette has the best player on the court in Howard and I think that will be the difference.  This game will come down to which team has the better defense. Both teams are giving up less than 70 points per game.  Marquette has the 18th best defense when it comes to opponent field goal percentage.  Davidson will be able to stay in the game but Marquette should be able to pull out a W.