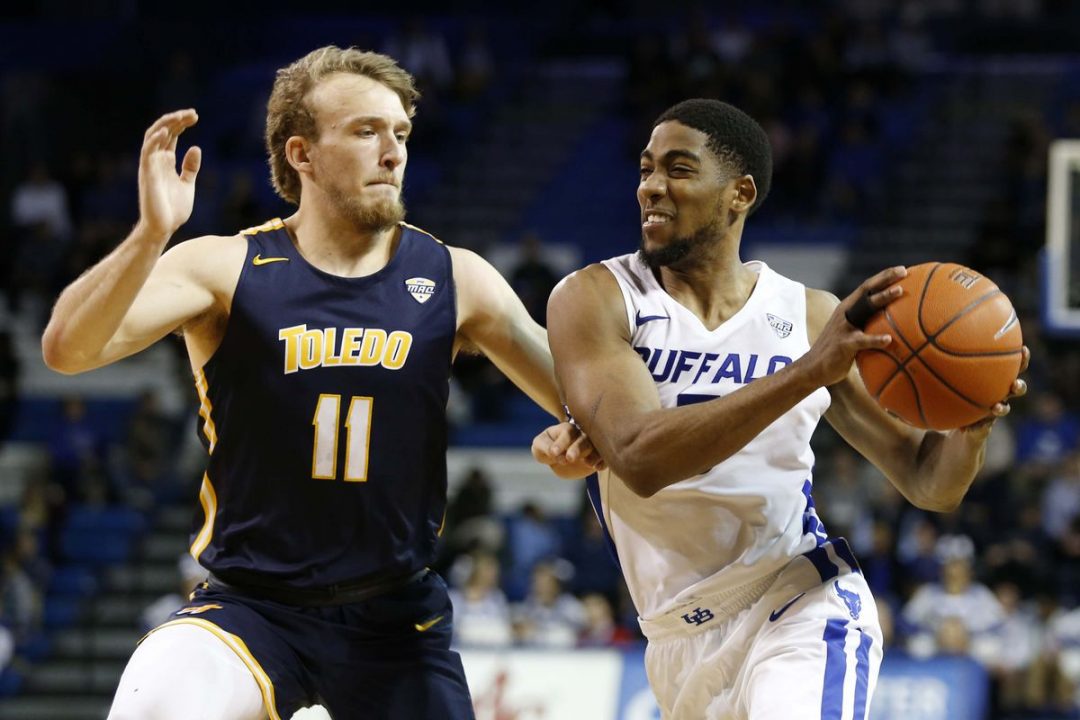 The Buffalo Bulls are averaging 78 points per game on 43% field goal shooting while averaging 8 three-pointers and 13 offensive rebounds per game. Buffalo is struggling with ball handling on offense committing over 14 turnovers per game.  The Bulls are allowing 74 points per game on 43% field-goal shooting while forcing 14.8 turnovers and adding 7.3 steals and 4.2 blocks on the defensive end.  Buffalo is led by Jayvon Graves who’s averaging 16.2 points, 5.3 rebounds, and 1.3 steals per game.

Buffalo is allowing 74 points per game and Toledo is 12-8 when they score more than 73 points per game. This is going to be a high scoring offensive game that will turn into a battle of who scores the most points. Buffalo is struggling on the defensive end being ranked just 303rd in scoring defense & 220th in defensive field goal percentage allowed. Look for Toledo to take advantage of Buffalo’s poor ball handling and force a lot of turnovers that will lead to easy buckets to help the Rockets cover the spread on their home court.