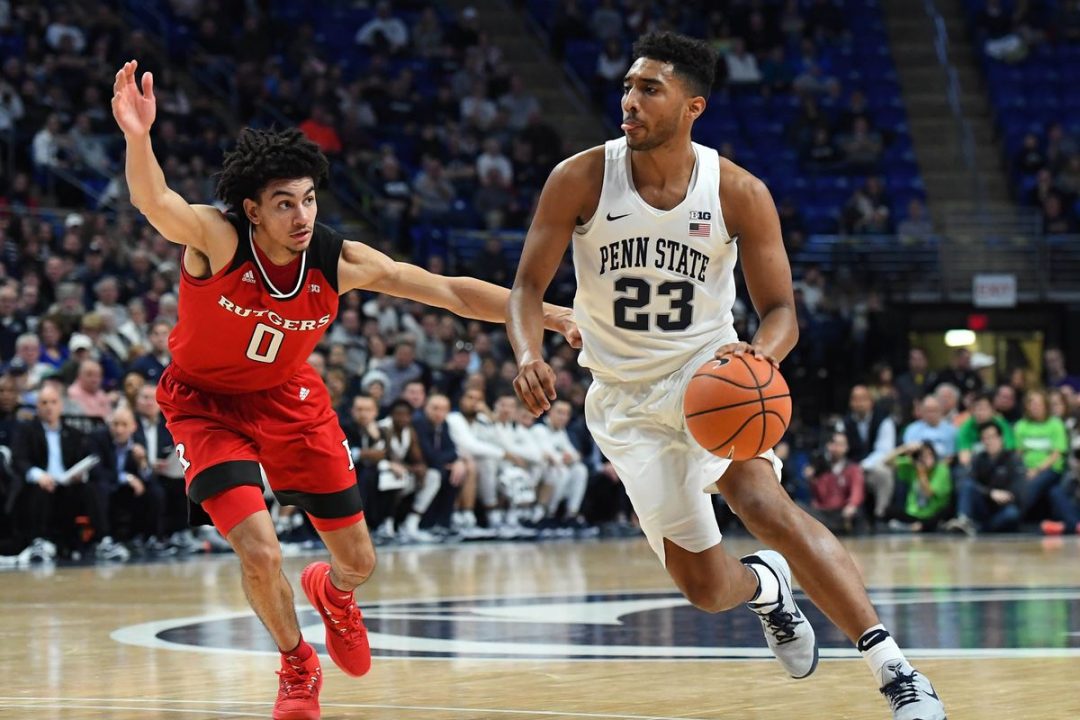 The #20 Penn State Nittany Lions (12-2, 2-1) are set to play their first road game since Dec. 7th at Ohio State where they lost 106-74 in a Big 10 conference matchup. The Rutgers Scarlet Knights (11-3, 2-1) will be hosting this game at the Louis Brown Athletic Center in Piscataway, New Jersey on Tuesday, 7 p.m. EST. Penn State will be looking for their 3rd straight win over Rutgers at Louis Brown Athletic Center. Rutgers’ last win at home against the Nittany Lions came on Jan. 3, 2015. Last season these teams met twice, Rutgers winning 64-60 at Penn St. while Penn State beat them in the conference tournament 66-65. This will be a close contest however Rutgers is expected to be without guard Geo Baker who averages 11.5 points per game.

The Penn State Nittany Lions are averaging 81 points per game on 45% field-goal shooting while adding 8.4 three-pointers per game and 11.2 offensive rebounds. Penn State is allowing only 67 points per game on 39% field goal shooting well forcing 15.8 turnovers and adding 5.8 steals and 2.5 blocks on the defensive end. The Nittany Lions are led by Lamar Stevens was 16.4 points seven rebounds 2.6 assist 1.5 steals and 1.2 blocks per game along with Myreon Jones who’s averaging 13.8 points 3 rebounds and big man Mike Watkins with 10.6 points and nine rebounds and 3.5 blocks per game.

The Penn State Nittany Lions are not only off to a great start but they are also playing great basketball as a team against some tough competition.  Rutgers are also off to a great start however they have not faced nearly the same amount of competition. The Rutgers offense is going to struggle without Baker while Penn State will be looking for revenge after last year’s loss on their own home court.  The line on this game opened at Rutgers -2 however it is moved to Penn State -1  due to the simple fact that Penn State has the better team and that Baker is expected to be out this game. Penn St. should have no problem winning this game and keeping Rucker’s from scoring their usual 70 points per game.